Magnetic Satellites that have measured the continuously changing earth’s magnetic field are:

Recent developments in geophysics have enabled the use of the earth’s magnetic field to define space location. This capability transforms how aircraft avionics can help a pilot accurately determine spatial orientation – location, direction, and orientation – in real time. The geomagnetic field is measurable, and its components are fully described by the 7 parameters shown in Figure 1: (1) an orthogonal set comprised of the northerly intensity X, the easterly intensity Y, and the vertical intensity Z (positive downwards) [1],  and (2) an additional set that includes the horizontal intensity H, the total intensity F, the inclination angle I (also called the dip angle, which is measured from the horizontal plane to the field vector, positive downwards), and the declination angle D. In this description, the vertical direction is assumed perpendicular to the World Geodesic Standard of 1984 (WGS84) reference ellipsoid model of the Earth’s surface, and the clockwise rotational direction is determined by a view from above the Earth.

Magnetic sensors have been in use for well over 2000 years in such applications as vehicle detection (by detecting anomalies in the field), navigation (by determining compass headings), and altitude and motion changes (by measuring the derivative of changes in the field) [3]. These applications have driven the need for improved sensitivity, smaller size, and compatibility with electronic systems. State-of-the-art magnetic sensors include fluxgate, magnetoinductive, and anisotropic magnetoresistive (AMR) equipment [3]. These magnetometers are simple in design, low cost, and low power. With careful design considerations, fluxgate magnetometers (since 1928) can sense the field signal to <1000 nT range; however, they tend to be bulky and not as rugged as smaller, more integrated, sensor technologies. Magnetoinductive magnetometers (since 1989) can sense the Earth’s field repeatedly to within 400 nT [3]; however, they have a limited temperature range of -20 to 70 oC, and their small sizes and shape makes it difficult to for automatic assembly and axis alignment [3]. Honeywell’s line of magnetoresistive permalloy sensors are sensitive to magnetic fields less than 10,000 nT, within a range of ±200,000 nT range; they have a measurement resolution of 11 nT. 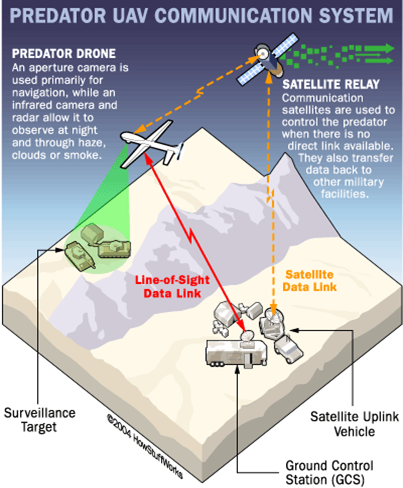 Reflected light from the earth surface can also influence the ZFS parameters and quantum state mixing. This principle characterizes the surface reflectivity and reflecting wavelengths. Essentially, the sensor is set up to measure only the radiation effects and the optical effects of the native environment. The ESR detector (of the EMF) produces real-time non-GPS navigation information in-fight for advanced accurate high-altitude altimetry 20-Lbs ZFS sensor package.

We have discovered that reflected light from the ground surface could generate defects in the material that would influence the ZFS.  Such a material could characterize the surface reflectivity. In addition, it is possible to measure only the radiation effects by closing a ‘window’ and measure the dark response; and open the window to measure the optical effects of the native environment.

Interaction of a radical pair triplet state with the magnetic field

Migratory birds travel vast distances each year, finding their way by various means, including a remarkable ability to perceive the Earth’s magnetic field. Experiments of behavioral pattern has shown, for 40 years, that birds possess a magnetic compass, and many reviews have published findings that the Radical Pair Mechanism (RPM) is the only well-established path by which magnetic fields can alter the rates and product yields of chemical reactions, and has been proposed as the basis of birds ability to sense the geomagnetic field as a means of orientation. The generation of chemically induced dynamic nuclear polarization (CIDNP) in a typical photochemical system is a cyclic photochemical process – see Figure 3. The chain of reactions is initiated by a blue light photon in the 430 – 520 nm wavelength region, which excites the Flavin mononucleotide (FADH.) photosensitizer to the singlet-excited state (FADH–).

The fluorescence quantum yield of this state is rather low, and approximately half of the molecules undergo intersystem crossing into the long-lived triplet state [FADH* + HO2*]. Spin-correlated “triplet” (FADH.), an electron transfer state – a radical pair, has a remarkable electron affinity and undergo diffusion limited electron transfer reactions. An absolute requirement of the RPM is that the two radicals, between them, have at least 1 hyperfine interaction, that is, an intra radical coupling between the magnetic moment of the unpaired electron and the magnetic moment of an atomic nucleus such as 1H or 14N. Hyperfine interactions are crucial because they drive the interconversion of the parallel and non-parallel spin states of the radical pair and allow modification by an external magnetic field. The interconversion of the spin states is a coherent quantum mechanical process. Radical pairs oscillate between the opposing spin states at a variety of frequencies determined by the strengths of the hyperfine interactions. 1H and 14N hyperfine couplings in organic radicals are typically in the range 10,000 – 100,000 nT. To act as a compass, a radical pair reaction must respond to the direction of the field and its intensity.

Cryptochromes, recently discovered in mammalian eyes, having evolved from the photolyases, as a radical-pair-based magneto receptor. Generation of a radical pair, upon light excitation, is essential for the function of photolyases. Because of their high homology to photolyases, cryptochromes also engage in a radical-pair reaction. Below is a model of antagonistic interaction between a short wavelength (blue) and a long wavelength (red) receptor input.

To provide a proof of principle that a radical pair reaction can act as a geomagnetic compass, Ritz et al. showed, by means of computer simulations, that a model radical pair in a 50,000 nT field can have significant anisotropic recombination product yields. The role of magnetic field strength and radical-pair lifetime on the yield of triplet products of a radical-pair process with anisotropic hyperfine coupling (see figure below). A computerized study of the quantum chemistry involved showed that even magnetic fields weaker than 0.5 G (or 50,000 nT) can produce a significant increase of the triplet yield; this yield is more pronounced as the radical-pair decay rates slows.

Talk with one of the knowledgeable members of our team to see how we can help you achieve your goals.